University Canada West is honoured to be rated and ranked by a number of external parties and higher-education rating systems. 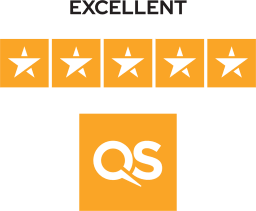 UCW is the third university in Canada, and the first in British Columbia, to receive a 5 Star rating from QS Stars. There are only a total of seven institutions in the United States and Canada that have received a 5 Star rating.

As part of the QS Stars audit process, institutions receive an overall rating of between zero and 5+ stars, as well as a rating in at least eight of 13 key areas. UCW’s scores included:

The QS Stars rating system provides an in-depth evaluation that assesses a university on a broad range of key performance indicators.

University Canada West has been added to the 2023 edition of The Career Directory, Canada’s longest-running employment guide for new graduates. Each year, the editorial team at Canada’s Top 100 Employers project reviews thousands of employers to determine the academic qualifications they actively seek in young job-seekers. The result is The Career Directory, a resource guide that helps students and new graduates find jobs that make the most of their university degree or college diploma.

CourseCompare included UCW on its list of Canada’s Best Online MBA Programs of 2023. CourseCompare included UCW on its list of Canada’s Best Online Universities of 2023.

University Canada West was ranked one of the Best Online Universities in Canada for 2021 by University Magazine.